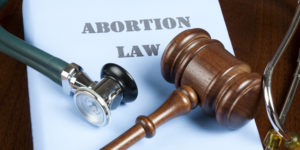 Republicans have done what I once thought was virtually impossible, that they would embrace a policy of judicial activism, that they would welcome judges who would, as they used to say, “legislate from the bench.”

We are witnessing — possibly — a case of judicial activism play out as the Supreme Court nears a decision on whether to toss aside what most of the court’s justice have called “settled law.” That would be the Roe v. Wade ruling handed down in 1973 that makes abortion legal in the United States.

Do you see it happening? Of course you do! The whole world is now aware of a draft opinion that suggests that Roe v. Wade isn’t long for this world. If the court follows through on what the draft suggests and tosses Roe into the crapper, then we are going to witness a first-rate case of judicial activism run amok.

The Supreme Court has upheld Roe many times since it became “settled law.” The current court, with its 6-3 super conservative majority, could change all of that.

Let us never forget what Donald Trump pledged when he was elected president in 2016. He said he would “appoint judges who will overturn Roe v. Wade.” In the case of the SCOTUS, he delivered on his promise. Justices Neil Gorsuch, Jeff Kavanaugh and Amy Coney Barrett all must have given Trump some assurance they would follow his lead if he nominated them to the court.

Maureen Dowd: There is just too much church in the state (irishtimes.com)

Didn’t presidents usually refrain from applying these so-called “litmus tests” when looking for federal judges? Imagine the outcry from the right had a president vowed to appoint judges who were avidly pro-choice on abortion.

I guess it’s OK these days to declare your intent and to ensure that judicial candidates would in fact pre-judge cases before hearing the merits.

I won’t ring the death knell for a woman to control her body just yet. Still, I am left to wonder what in the world happened to a political party that once thought that judges shouldn’t “legislate from the bench.” Oh, I know what happened. That party was hijacked and turned into something none of us recognizes.