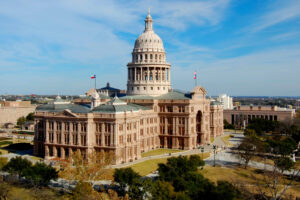 Political toxicity can be contagious, in that when one government body becomes infected by it the ailment spreads to other government bodies.

Case in point: The Texas Legislature — in its not-too-distant past — was hailed as a place where Democrats and Republicans found common ground frequently. Our Legislature could craft laws with wide support on both sides of the aisle.

There was little toxicity in the mid- to late 1990s in Austin.

These days? Not so serene, folks. Congress has become a den of vipers, with Democrats and Republicans hating each other’s guts. The Texas Legislature isn’t much of an improvement. Lt. Gov. Dan Patrick squabbles with fellow Republicans in the state Senate and House members look for ways to undermine the work of Speaker Dade Phelan.

There isn’t a lot of bipartisan fellowship to be found in Austin any more than we can find it in Washington. The toxic environment we have come to scorn in D.C. has spread, sadly, to the halls of the Texas State Capitol.

It makes me so sad.