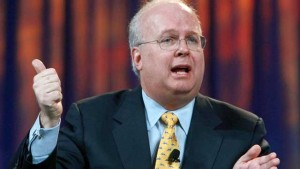 Karl Rove, the man once known derisively as “George W. Bush’s brain,” has laid out what he believes will occur when they count the midterm election ballots in November.

He writes in the Wall Street Journal, “Even Democratic strategists now admit the midterms will be disastrous for their party. “It’s going to be a terrible cycle for Democrats,” Doug Sosnik, one of the party’s best grand strategists, recently told the New York Times. The question is how big the calamity will be. A freeway pileup? Category 5 hurricane? Or Krakatoa with all the attendant consequences?

I do not intend to question the sincerity of Sosnik’s assertion, as reported by Rove, but it kind of begs a question that’s been rattling around my brain for the past few weeks.

It goes like this: Might it be even remotely possible that Democratic strategists are laying out a worst-case scenario with a glimmer of hope that if their losses are less than expected that they can claim a sort of moral victory?

Or, there’s this: Is it possible that the gloom-doom-despair prognosis is hiding some positive outcome, that Democrats actually could retain control of one of the congressional chambers?

I realize that politics can be a cynical game. Politicians and their hired guns — be they Democrat or Republican — look for any angle they can find to suit their agenda.

Since I am perched in the cheap seats out here in Flyover Country, I am nowhere close to the heartbeat of the nation’s political center. I am just wondering whether there could be a bit of gamesmanship being played.

These things do happen. I am just sayin’, man.