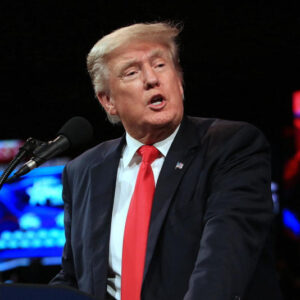 Donald J. Trump has just been punched in the gut once again by a federal judge who says the former POTUS cannot keep his income tax returns away from congressional review.

So … does that mean he turns ’em over to Congress? Not just yet, no doubt.

But he damn sure should. I want to see what’s in them, you know?

Trump has been fighting off and on ever since he declared his presidential candidacy in 2015 whether to release the tax returns to public scrutiny, as other candidates have done since 1976. He said he would; then he said he wouldn’t or couldn’t; then he changed his mind again; then he said the Tax Man was auditing them, which means he cannot release them.

A federal judge Tuesday tossed out a lawsuit Trump had filed to keep the tax returns from Congress. He said Congress is entitled to review the returns, despite Trump’s various specious claims.

It’s all baloney. Trump knows it. So do the rest of us.

I have this suspicion we’re going to learn a whole lot more about Trump’s “fortune” than we do now. That isn’t as rich as he claims to be. That he has business dealings with suspicious characters. That he gives practically nothing to charity.