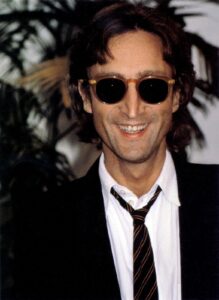 I’m sure you’ve heard it said that “the music died” the day Buddy Holly, the Big Bopper and Richie Valens perished in that plane crash in Iowa.

For me, the music died the night that the lunatic stepped out of the shadows on Dec. 8, 1980, assumed what the cops called “a combat stance” and emptied his pistol into John Lennon’s back. The guy who founded the world’s greatest rock ‘n roll band died shortly afterward at Roosevelt Hospital in New York.

I have refused over the 41 years since that tragedy to avoid even mentioning the assassin’s name. He got a life sentence for the murder. God forbid he ever gets paroled.

As for Lennon’s legacy and memory, it lives on in the music he crafted with The Beatles and in what he did as a solo artist in the brief span of time since his band broke apart.

John Lennon was 40 years old when his life ended. I, along with other fans of his, have wondered what kind of music he would have produced had he been given the chance to live a full life. We cannot know the answer. I will conjecture that it would have been great, given what we knew he was capable of producing.

And, yes, I watched the six-hour “Get Back” documentary. Indeed, I am likely to watch it many times for as long as I can. It fills me with joy at seeing The Beatles relishing their time together as they wrote and recorded their final album. It also fills me with sadness knowing that in January 1969, when the filming took place, that John Lennon only had 11 more years on this good Earth.

I will miss John Lennon for as long as I live.