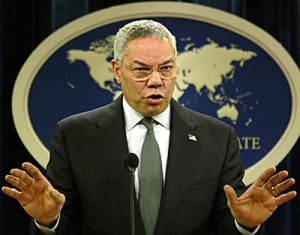 My sadness over Colin Powell’s death is bidding me a reluctant farewell.

It seems to want to linger for a while longer. It’s hard to get over the loss of this man I admired from the time he served as national security adviser to President Reagan. He only burnished his standing when he became Joint Chiefs of Staff chairman for President Bush 41 and then secretary of state during the Bush 43 administration. Powell blazed a trail in all three of those endeavors, becoming the first African-American ever to occupy the offices.

The retired Army general offered snippets of wisdom regularly. I took most of them to heart.

Now that he is gone, I am left wishing to hear more from him.

We hear it said about musicians who pass on that “their music lives forever.” I guess you can say the same thing about statesmen such as Gen. Powell, that their “words of wisdom” will endure through the ages.

So it must be.