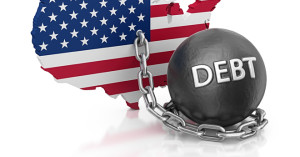 A certain amount of context has been tossed aside in the discussion over whether to approve President Biden’s plan to “Build Back Better.”

We have become fixated on the number: 3.5 trillion … as in dollars.

What has become tossed aside is that the number that Biden and congressional progressives want would cover a 10-year period.

So, that figures to be a $350 billion expenditure annually to do a number of things: improve roads and bridges; modernize air travel; develop ship channels; improve Internet broadband service.

Here’s some more perspective. The United States of America boasts a $20 trillion annual economy, which suggests to me that $350 billion each year is like so much spittle in the proverbial bucket.

Congressional Republicans and some moderate congressional Democrats are wringing their hands over the amount of money that progressives want to spend. Again, I have to wonder: Why?

If the plan is to spread this expense out over a 10-year span of time, why are we quibbling over the total figure that in the grand scheme seems less relevant when you add some needed context to the discussion?

2 thoughts on “Some perspective, eh?”