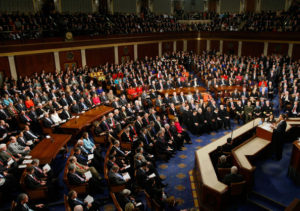 Winston Churchill’s opinion of democracy is playing out in full view of the world at this moment.

So we are now watching members of our Congress haggle, quarrel, cajole each other over how to avoid a debt-default crisis while at the same time haggling over how to improve our nation’s infrastructure.

My trick knee is telling me that somehow, some way and in some fashion the Democrats who run Congress are going to find their way out of the thicket. They have a key ally in the White House: President Joseph R. Biden, who spent 36 years as a senator. The president knows how to legislate.

Congressional Republicans, of course, are sitting on the sidelines. They aren’t part of this haggling, which is boiling down to a dispute between Democratic liberals and moderates.

Excuse the cliche, but this really is a great country.

One thought on “Clumsiness in full view”