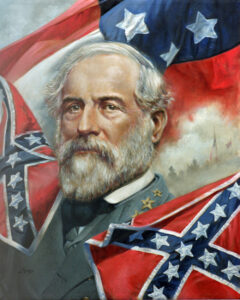 Gen. Robert E. Lee keeps creeping back into the news and onto social media platforms.

The late Confederate army officer still has his fans 150-plus years after his side surrendered to the Union Army to end the Civil War.

For the life of me I am having trouble understanding the infatuation with this fellow.

I will acknowledge that coming of age in Portland, Ore., far away from the actual fighting of the Civil War that I didn’t have a full understanding and appreciation for what transpired prior to the start of the shooting. I knew about Lee’s loyalty to Virginia. I knew that he had been given a choice: remain an officer in the United States Army or defect to the Confederacy, which had seceded and formed a “nation” of its own.

Lee chose the latter. He said “to hell with my country,” or something to that effect. He decided he would be loyal to his state. Some folks find honor in that. I do not. He committed an act of treason. Lee was disloyal to his country and ordered the men under his Confederate command to kill soldiers who were fighting to preserve the United States of America.

How can there be any honor in that? I find it impossible, the older I get, to see how this man continues to hold some sort of spell over those who worship his memory.

Public entities are seeking to remove vestiges of his presence. They want to take down statues erected in his honor. They want to turn these artifacts into museum pieces and explain this fellow’s true place in U.S. history, which in summary form is that he fought to destroy the United States of America.

That is honorable? I think not!

One thought on “Gen. Lee? Traitor!”