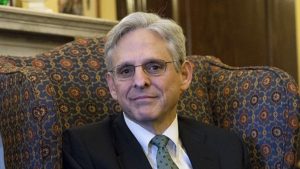 Thus, the U.S. attorney general can be counted on to do the right thing even in the face of intense political pressure.

I cannot possibly know this to be true, but I am willing to bet that AG Garland is getting a snootful of pressure to investigate the shenanigans orchestrated by the former president of the United States. They deal with POTUS 45’s relentless efforts to overturn what has been called “the most secure election in U.S. history.”

Is there an effort here to undermine the government? To subvert the democratic process? To actually mount what has been called a coup by the former POTUS to snatch the presidency back from the guy who defeated him in the 2020 election?

If there was a coup in the works, my understanding of the word “treason” tells me that POTUS 45 is guilty as the dickens of seeking to plot against the government he took an oath to defend and protect.

I don’t know what Merrick Garland will do. Nor do I know even if he is talking behind closed doors at the Justice Department about whether he should investigate the former POTUS. My hunch is that he has had that conversation with his top deputies.

Presidents are supposed to temporary occupants of the office they take. That is the case with President Biden’s immediate predecessor. His insistence on fomenting the Big Lie about phony vote fraud allegations tells me he does not believe that to be the case.

Merrick Garland has some studying — and perhaps some serious soul-searching — ahead of him.