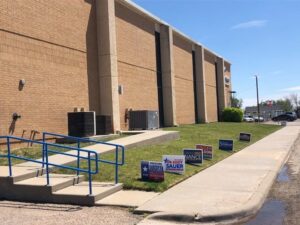 A ridiculous recount of votes is about to occur in the city where I once lived.

It is an appalling abuse of electoral prerogative. Not to mention time. I am glad to say it won’t be a waste of public money, as the candidate for mayor who wants the recount is going to foot the bill.

Claudette Smith finished far behind the winner of the Amarillo mayoral race on May 1. The winner was the incumbent, Mayor Ginger Nelson.

According to the Amarillo Globe-News: In unofficial combined election results from Potter and Randall counties, incumbent Ginger Nelson garnered 54% of the total with 10,922 combined votes. Smith, who got the second most votes in the race, was reported as getting 29% of the vote, with 5,861 combined votes. To trigger a runoff election, which would be hosted June 5, Nelson would have to lose 816 votes through the recount.

54 to 29 percent. That’s a 25-point spread between first and second. And yet … Claudette Smith thinks there could be an 816-vote swing in a recount to trigger a recount? A recount would occur if no one finished with 50 percent plus one vote in the election.

Oh, my. This is a fool’s errand being pushed by a foolish candidate who emerged from nowhere to challenge the mayor. Why? Well, I am not privy to any inside info on that one, other than Smith’s virtually nonexistent local public service record suggests she has a bone to pick over something the mayor allegedly did during her highly successful tenure in office.

I’m just baffled as to why this recount has to proceed, other than Smith meeting the requirements needed to launch such a goofy initiative.

The second-place candidate isn’t going to find anything wrong with the ballots. Of that I am absolutely certain.