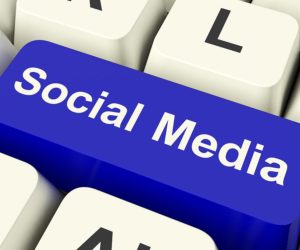 I have an idea on how Facebook should resolve this matter with Donald J. Trump and whether he should ever return to the social medium.

Facebook just needs to ban him for keeps. Permanently. Never again should he be allowed to spew the ranting lies that fly out of his mouth and off his fingertips.

Facebook’s board of oversight has ruled that the social media giant should keep him off the platform but admonished the company for failing to set a definite timetable for his return, or declare that he is banned for keeps.

I say ban the ex-POTUS forever!

Facebook took his account down after the Jan. 6 insurrection/riot/terrorist attack on the U.S. Capitol. You remember that, yes? It was a hideous display of inciting violence by the then-president who continues to this very hour to promote the Big Lie that the 2020 election was “stolen” from him through rampant vote fraud. Well, it wasn’t stolen. Joe Biden was elected president freely, fairly and legally.

Here’s my version of the threshold question: Do you trust Donald Trump to stop promoting the Big Lie and to speak responsibly on Facebook? Here is my answer: I do not!

Donald Trump is arguably the most untrustworthy U.S. politician to come along since, oh, I don’t know if anyone else ever has approached this clown’s level of deceit, dissembling and duplicity. He cannot tell the truth. He is … a liar!

Facebook has six months to decide whether to lift the ban or impose it permanently. Its oversight board said an “indefinite” ban wasn’t in keeping with Facebooks own criteria. It needs to get specific.

So, ban him for life!