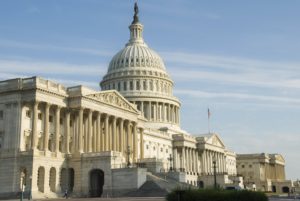 Texas Democrats have seen their hopes dashed once again as they seek a significant political victory.

A runoff for the Sixth Congressional District in the Fort Worth area will be decided between two Republicans: Susan Wright and Jake Ellzey.

Why the Democratic disappointment? They had hoped to breach the runoff barrier by getting one of their candidates from a crowded field to replace the late Rep. Ron Wright, a Republican who died of COVID complications after winning re-election in 2020.

One of the runoff participants is Wright’s widow, the aforementioned Susan Wright.

The district is supposed to be trending more Democratic, given the changing voter face throughout Tarrant County, which voted narrowly for Joe Biden in the 2020 presidential race and for Beto O’Rourke in the Senate contest in 2018.

Democrats had high hopes for the Sixth District race. They fell just a bit short. Democrat Jana Lynne Sanchez, who was in third place with 13.4 percent of the vote, was her party’s leading candidate in the field.

I am thinking that more opportunities are going to present themselves going forward. The state’s political composition is changing by the year. It’s good to remember that Donald Trump carried the state in 2020 by fewer than 5 percentage points over Joe Biden, which makes the state a “battleground” going forward as the fight for the presidency ramps up.