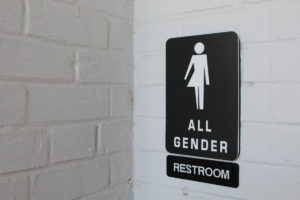 If one were to press me for a response to a certain question, I would say that the Texas Legislature’s biggest surprise this session has been the absence of a bathroom bill similar to one that went down in flames in 2017.

For those who might not recall, here’s a brief recap:

The 2017 Legislature considered a bill pushed by Lt. Gov. Dan Patrick that would have required anyone using a public restroom to use the one that comported with their gender at birth. That meant that transgender people could not use restrooms that aligned with their current gender. Yep, transgender men had to use the women’s restroom and vice versa.

Got it? Well, Gov. Greg Abbott called a special session and put the bathroom bill on the call list of issues to ponder.

Then it ran into then-House Speaker Joe Straus’s resistance. Straus said in no way would he allow the bill to advance through the House of Representatives. He declared it discriminated against transgender individuals and had no place in the roster of state laws.

Given the Legislature’s continued campaign to forge a conservative social agenda, I am surprised that a return of the bathroom bill has failed to materialize.

Straus left the Legislature after the 2017 session. His replacement as speaker, Dennis Bonnen, didn’t bring it back in 2019. Bonnen then left the House and his successor as speaker, Dade Phelan, hasn’t said a word about bringing this bill back.

Which is just fine with me. This goofy notion needed to die. May it stay dead … forever and ever.