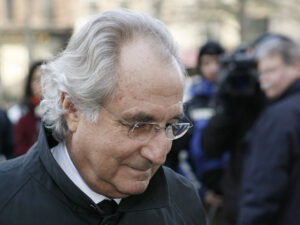 You know how it goes … that you shouldn’t speak ill of the dead.

Hmm. Bernie Madoff is dead. He was 82 years of age. Madoff was the perpetrator of one of the world’s most notorious Ponzi schemes. He bilked Americans out of billions of dollars.

Madoff got caught. He was sent to prison. That’s where he died.

What, then, does one say about this truly nasty individual if we are going to avoid speaking ill of the dead?

Not a damn thing.