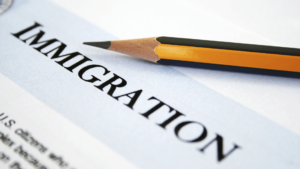 I pose the question in the wake of that visit to the Texas border with Mexico from Republican members of Congress who have decided that the crisis on the border is all President Biden’s fault. They have sniped and snorted over the influx of immigrants fleeing oppression, crime, heartache in Latin America. They are searching for happiness and a new life in the Land of Opportunity and Freedom.

A letter writer to the Dallas Morning News asked of Sens. Ted Cruz and John Cornyn, two of the border visitors, whether they were going to stop yapping about Biden’s policies and start offering some comprehensive immigration reform ideas of their own.

What constitutes such reform?

I’ll take a brief stab at it.

I know this doesn’t cover the whole gambit of immigration reform. I just want to see our elected representatives start dealing forthrightly with some solutions rather than tossing blame at an administration that has made a more “humane” immigration policy its benchmark.

One thought on “What constitutes immigration reform?”