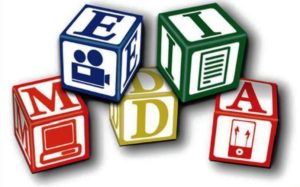 President Biden has brought back what looks to me like the traditional give-and-take between the nation’s chief executive and the men and women who report on it all to the people of this country.

It’s a classic confrontation between the president and the media.

Why is this refreshing? Why even comment on it? Because for four years prior to Biden becoming president the nation witnessed what looked at times like a mortal struggle between the president and the organizations he routinely called “fake news.”

Donald Trump poisoned the traditional relationship, turning it into a ridiculous exhibition of presidential petulance. It fed into the anger that reporters had to have felt as they were berated and ridiculed by Trump, who lied to them, then denigrated them for revealing his lies.

Donald Trump infamously labeled the media the “enemy of the people.” They aren’t. The media comprise professionals who do their level best to report on the administration’s statements and actions.

Today, we witnessed a return to how it used to be and how it likely will remain for the foreseeable future.

The reporters gathered for President Biden’s first news conference as president did not ask softie questions. They pushed him on immigration policies, on the border crisis. They wanted to know how he intended to handle our ongoing military engagement in Afghanistan. They pressed Biden on the pandemic response.

During the Trump years, reporters would ask those kinds of questions and would get snarky responses questioning their integrity, their intelligence, their honesty or even the financial condition of their employer.

Joe Biden has felt the sting of intensely negative media  reporting. It occurred in 1988 when the media report to describe his own life story. It happened again when his second presidential campaign flamed out in 2008. Even in the early months of the 2020, the media reported that Biden was nothing more than political road kill after his dismal Democratic Party primary finishes in Iowa, New Hampshire and Nevada.

The media report on these matters. Joe Biden knows it. He gets it. He lives with it.

Now, as President Biden, he will continue to be examined critically by the media. As he demonstrated at his presser today, the president understands the traditional role the media play. It is an essential part of the greatness imbued in our democracy and our nation.

One thought on “POTUS vs. media: It’s not warfare”