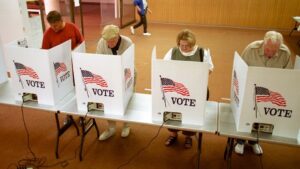 Here is a story that went virtually unreported in the just-completed 2020 presidential election.

It occurred in Texas and it is this: Texans just voted in their first presidential election without having the option of punching a straight-ticket spot on the ballot.

Yep, for the first time, Texans had go down the ballot and vote race by race for the candidates of their choice. Count me as one happy Texas voter to salute the wisdom of the Texas Legislature for scrapping the straight-ticket option.

Gov. Greg Abbott signed the bill into law in 2017.

Straight-ticket voting has bugged me beyond reason ever since we moved to Texas in 1984. And the truth is that my dislike of this practice has nothing to do with the fact that Republicans have been the primary beneficiary of this lazy-voter style of ballot-casting. I just want to lay that out there for all to see.

Democrats used to benefit from this practice before they surrendered power to Republicans in the late 1970s and 1980s.

It has bothered me that Texans could walk into their polling booth, hit a single “all-Republican” or “all-Democrat” spot on their ballot. Then they’re done. They exit the polling place feeling smug and proud that they did their civic duty.

I long have argued that if people want to vote for candidates of a single party they should be required to look along the entire ballot and mark the spot next to their candidates’ names. Voters should be able to take a few extra minutes to ponder the decision they make.

I have been yammering about Donald Trump’s petulance over the result of the presidential election. I am glad to say something good about how Texas conducted its election, which was to get rid of straight-ticket voting.