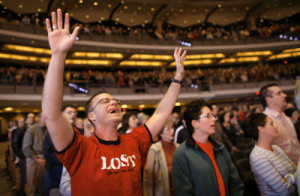 A story I read in the newspaper this morning offered a curiously ironic tale of how a key political demographic group is awaiting the arrival of a new president of the United States.

The evangelical Christian movement — with leaders such as Dallas preacher Robert Jeffress, Franklin Graham, Tony Perkins — is giving Joe Biden a wait-and-see welcome as he prepares to become president of the United States.

The irony? Joe Biden is a man of deep and abiding faith in God and in Jesus Christ. The man he is replacing as president of the United States has what one could say generously has a flimsy relationship with Scripture. Yet the evangelical movement clung furiously to the notion of Donald Trump getting re-elected to a second term.

Why the love affair with The Donald? It’s purely political. He appointed judges who adhered to evangelicals’ world view. They are anti-choice on abortion; they favor prayer in public schools; they rule consistently against gay Americans’ rights. What does Donald Trump think about all of that? No one can say with any degree of certainty that he endorses any of it. He just makes the correct political appointments.

They’re getting now a man who attends church daily. He prays to God. His faith has held him up as he has battled unspeakable personal tragedy — such as burying his wife and infant daughter and then his grown son many years later.

President-elect Biden’s personal faith journey isn’t enough to persuade many faith leaders to back him with anything approaching the zeal they demonstrated for a guy who has only a passing acquaintance with faith and whose personal behavior betrays virtually every tenet found in both the Old and New testaments of the Good Book.

The headline in today’s Dallas Morning News declared that the “religious right” is “wary of Biden but not hostile.”

The irony of the evangelicals’ tepid response to the election of a man of faith, though, still screams loudly at me.