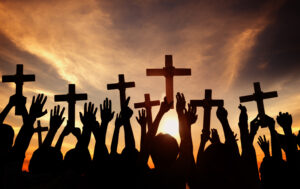 If there is justice lurking in the election returns that have produced a new president of the United States, it well might rest within the evangelical Christian movement.

I now shall explain.

They stood with him as he sought re-election. Trump lost that campaign, however, to Joe Biden, a practicing Catholic — the second Catholic ever elected president.

President-elect Biden is devoted to his faith. He attends Mass regularly. The president-elect has suffered unimaginable pain through death. He has buried two of his children, one an infant, the other an adult. His infant daughter died in a car accident that also killed his first wife and grievously injured his two sons.

The president-elect has proclaimed repeatedly over the span of time that his faith in God and his belief in eternal salvation carried him through his grief.

Still, the evangelical movement stood with the alleged sexual assailant and admitted philanderer.

Yes, if there is justice in these election returns, it should present itself with the evangelical Christian movement looking deeply into its political alliance with someone many of us consider to be downright evil.

One thought on “Evangelicals face a reckoning”