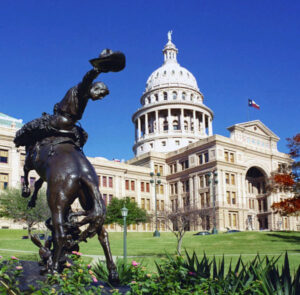 When someone as experienced — or “grizzled” as some might suggest — a politics watcher as Dan Balz speaks to matters political, I am inclined to heed his wisdom.

So … the venerable Washington Post political analyst has said that Texas might emerge as the nation’s most intriguing state during this Election Season.

How so? How can this once boring Republican bastion become such a hot spot for political pundits around the world? How can Texas possibly hold the key to whomever gets elected president of the United States next month?

Balz says we got a glimpse into a possible near future with Democrat Beto O’Rourke’s near-victory over GOP U.S. Sen. Ted “The Cruz Missile” Cruz in 2018. Balz figures O’Rourke’s close finish is harbinger of things to come. One of those “things” might be the reemergence of the Democratic Party in a state that has been locked in a GOP vise-grip for the past three decades.

The state’s changing demographics have nearly everything to do with it, Balz figures. Texas is becoming increasingly Latino. Indeed, the Latino population is on track to become the largest ethnic group in the state. Latino voters, therefore, might be inclined to vote more Democratic than, say, Texas Anglos.

I will this offer this no-brainer prediction: If Joe Biden manages to pick off Texas’s 38 electoral votes next month — which few pundits predict will occur — there is no way on God’s Earth that Donald Trump can win re-election.

Indeed, Biden is running neck and neck with Trump in this state, which in itself is a sign of big time change in Texas.

As Balz wrote in a column published in the Houston Chronicle: Mark Jones, a political science professor at Rice University, said Trump “catalyzed” the demographic changes that already were at work. “If we say what explains why Texas has become much more competitive in 2018 and 2020, it’s Donald Trump’s presence in the White House. He is a drag on the Republican Party.”

The intrigue with Texas, though, stretches down the ballot, where Democrats might pilfer more offices held traditionally by Republicans. So, as Dan Balz notes, stay tuned for these ballots to be counted. There well could be a surprise or two to be revealed.