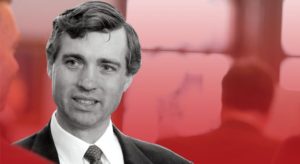 Van Taylor is likely to be re-elected to a second term as congressman from North Texas. He is a Republican running in a solidly GOP congressional district, which includes my neighborhood in Princeton in eastern Collin County.

However, the young man has pi**ed me off royally.

Let me stipulate off the top that I honor his service as a combat Marine in Afghanistan. He parlayed that service into a winning campaign in 2018 to succeed the retiring GOP Rep. Sam Johnson, a former Vietnam War prisoner who served the district with honor for many years.

It’s Taylor’s military service that brings me to the point.

We have learned that Russian dictator Vladimir Putin offered bounties to Taliban terrorists if they killed U.S. servicemen and women on the battlefield in Afghanistan. Donald Trump has been silent about it. He has declined to confront Putin directly about the bounties; good grief, he actually admitted to glossing over the issue in conversations with his pal, Vlad.

What about Rep. Taylor? Why in the name of sacrifice hasn’t the former combat Marine spoken out?

Surely it cannot be because he gives Putin a pass on this hideous action against our service personnel, as Trump has done. Or perhaps he fears some retribution from a president who I doubt seriously at this moment even knows of Rep. Taylor’s existence in the U.S. House of Representatives.

I, too, am a veteran of a foreign war. I didn’t serve in combat in Vietnam, but I am quite certain I would be horrified knowing that a foreign power had put bounties on the heads of my brothers in arms.

Why, then, has Rep. Taylor remained eerily silent on this matter as he campaigns for re-election? And, yes, I have seen the TV ads touting his service in Afghanistan. Go figure.