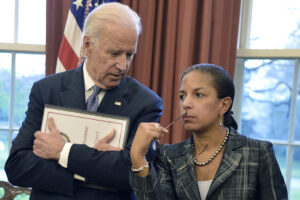 Stories like the one published today by Politico give me the heebie-jeebies.

It talks about how Democratic presidential nominee Joe Biden already is forming a “government” and speculates on who might fill key Cabinet posts.

Why the nervous jerks? Why am I sweating bullets? It’s easy to answer.

Donald Trump is capable of doing damn near anything to pilfer this election, to do whatever it takes to win.

I get that Politico is merely reporting what it learns, which is that former VP Biden is beginning to look beyond the election coming up in 70-some days. I just dread the prospect of Trump finding a way to win a second term and effectively destroying the nation that we have come to know, revere and cherish.

When I say “destroy” the nation, I am not suggesting he is going to torch the White House, burn down the Capitol, throw out the Supreme Court. I do intend to suggest that Trump will leave a virtually indelible imprint on the institutional framework of the government crafted by the framers. And I don’t like what I have seen so far.

I don’t like the massive rush toward environmental deregulation; I don’t like his federal court appointments; I detest his effort to dismantle the Affordable Care Act; I hate the manner in which he has isolated this nation from the rest of the shrinking world; and I damn sure hate the way he makes out with dictators and disparages our intelligence network.

Accordingly, I want him defeated as much as the next guy. Maybe more than the next guy. Which makes me nervous as hell when I read about Joe Biden forming a “government.”

The former vice president has to pour every bit of energy he has into defeating Donald Trump. Then he can take the next step, which is to form a government that can repair the damage that Trump has inflicted on our republic.