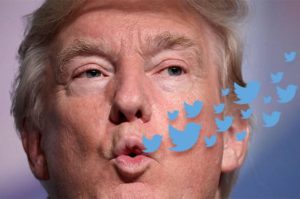 I am going to express a fond hope for the next week while Republicans nominate Donald Trump for another term as president of the United States.

It is that Democratic presidential nominee Joseph Biden will refrain from launching into Twitter tantrums as Trump keeps telling lies while the party nominates him.

Trump, of course, was busier than the dickens this week as Democrats conducted their virtual nominating conviction. Each tweet demonstrated Trump’s smallness, his pettiness, his petulance. I get that the individual has 80 million Twitter followers — give or take — and he’s mastered the medium as a way to make policy statements even when they surprise his own senior staff.

Biden is wired differently, or so it seems. He’s a good bit more thoughtful than Trump, which well could mean that he’ll be discreet and patient before making a public policy statement via Twitter.

That’s my hope, at least, while much of the nation watches the RNC do its job.