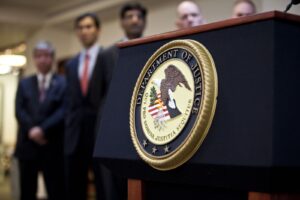 Here’s a flash for you: Donald John Trump happens to be correct in saying that his meddling in U.S. Department of Justice criminal matters is “legal.”

It doesn’t make it right. However, what Trump is doing with his meddlesome tweets about DOJ cases and his undermining of the attorney general’s authority on certain matters doesn’t break any laws.

So, this president now freed of the threat of impeachment — at least for now — has embarked on a new campaign of heightened abuses of the office he still occupies.

Trump fired off a Twitter message that disparaged a sentence recommendation for his old pal Roger Stone, whom a jury convicted of multiple felonies. Attorney General William Barr then responded by reducing the recommendations. The line prosecutors who authored the initial request quit in protest.

Barr then told ABC News that Trump should stop tweeting about these matters, saying it makes it “impossible” for him to do his job.

Trump has kept tweeting messages. Barr is thought to be angry about it. Trump then said what he’s doing is “legal.” Yes. It is legal.

It is wrong, nonetheless. It is wrong for Trump to throw his weight around in this blatant manner. It is wrong to interfere with the attorney general’s duties. It is wrong to meddle in the nuts and bolts of sentencing, which is handled in this case by a federal judge … who also has drawn brickbats hurled at her by the president. Whatever happened to the “independent” federal judiciary? Trump is undermining that independence, too!

Ladies and gentlemen, we are witnessing in real time a president who is seeking to reconfigure the relationship between his office and the rule of law.

I am frightened at what we are seeing.