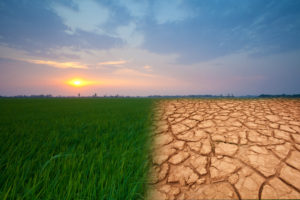 If Congress and the president aren’t going to take a serious interest in climate change, isn’t there a place for states such as Texas to take the lead on what I and others believe is an existential threat to the nation?

I get that Texas’s Legislature isn’t exactly a haven for environmental activism, given its strong Republican majority in both legislative chambers. However, the state does possess the world’s 11th or 12th largest economy; its carbon footprint continues to be bigger than it should be.

Yes, some of the Democratic candidates for president keep talking about the need to tackle climate change head-on. They profess concern for the dire peril that Earth faces if we don’t do all that we can as human beings to curb the human impact on the changing climate.

The current president, of course, remains ignorant about that danger posed by deforestation, carbon emissions and the warming of our atmosphere. Given that he has no interest in science or any other fields of study dedicated to this condition, I cannot possibly expect Donald Trump to take the necessary lead as the nation’s president.

Texas, though, faces an existential threat all by itself. Our state’s coastline is receding every year a little at a time. The tides are rising as well, largely because of melting ocean ice at both of our poles.

Texas and other states — especially those states with political leadership that takes this threat seriously — can do what they can individually or perhaps in conjunction with each other to wrestle with this burgeoning environmental crisis.

It would take a miracle, I suppose, but I am going to hope that Texas legislators can appreciate the impact they could have on national policy if they were to take the lead on dealing head-on with this national emergency.