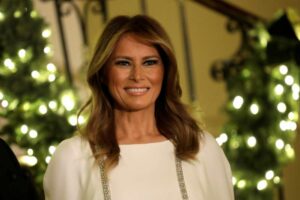 It’s understandable that someone would want to defend his or her spouse against criticism — even if the criticism is deserved.

However, for first lady Melania Trump to level a veiled shot against a teenager who was awarded Time magazine’s coveted “Person of the Year” seems to me to be in poor taste.

Donald Trump saw fit to fire off a Twitter message aimed at 16-year-old Greta Thunberg, a climate change activist. He told her to “chill,” that she needs to curb her anger. The president of the United States ought to commit to more constructive pursuits than to insult a girl who won an award that damn near everyone would love to win.

The pushback against Trump was understandable.

Then the first lady weighed in, saying that Greta is an “activist” who “makes speeches.” Therefore, she seems to imply, Greta is fair game.

Good grief, Melania. The point of her criticism of Greta was in response to critics of an impeachment witness who mentioned the Trumps’ 13-year-old son, Barron, during her testimony. Mrs. Trump said Barron “is not an activist who travels the globe” speaking out against climate change.

I suppose Greta Thunberg’s activism does expose her to criticism. But from the president of the United States? Really?

If only POTUS had kept his Twitter device under wraps.