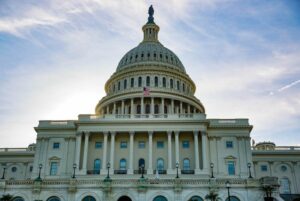 A headline in the Texas Tribune asks a question that borders on the preposterous.

“As experienced Texan congressmen retire, will the states’ sway in Congress decline?”

I have the answer: Yes. It will decline.

Both congressional chambers rely heavily on seniority. The more senior the members of the House and Senate, the more powerful committee assignments they get. They ascend to chairmanships or, if they’re in the House, they sit as “ranking members” of the minority party; a ranking member is deemed to be the senior member of the party that doesn’t control the chairmanship.

My former congressman, Republican Mac Thornberry of Clarendon, is retiring at the end of next year; he won’t seek re-election to his umpteenth term in the House. He serves as ranking member of the House Armed Services Committee, a panel he chaired until Democrats took control of the House after the 2018 election.

Congressional power ebbs and flows. Texans who worry about such things need not fret over Texas’s loss of clout in the House. Indeed, if the state is turning into more of a “swing state,” Texas Democrats might find themselves elevated to positions of power formerly occupied by their Republican colleagues.

For the time being, though, the retirements of six Texas members of Congress does create a dwindling clout for the state on Capitol Hill.

However, it is likely far from a terminal ailment.