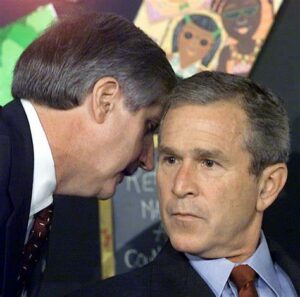 If you want to witness an example of how badly Donald Trump’s administration allegedly “functions,” consider the way the president has mangled what should be a moment of supreme triumph for the commander in chief.

Trump authorized a daring raid that resulted in the death of Islamic State monster in chief, Abu Bakr al-Baghdadi. Army Delta Force commandos carried out the mission with lethal precision. None of them was injured or worse.

The world is a better and safer place without al-Baghdadi slithering among our midst.

But what has happened?

Trump told us about how al-Baghdadi was crying, whimpering, sobbing and screaming when the soldiers were closing in. He went into extraordinary — and quite possibly fictitious — detail about the terrorist’s final moments on Earth.

Then we hear just today that White House chief of staff Mick Mulvaney, the guy who should have been there at the very beginning of the raid planning, didn’t know about it until the operation was running at full speed. How in the world does the chief of staff — albeit the “acting” chief — not know in real time about the planning for such a critical military operation?

I recall that vivid picture of Andrew Card, who was President Bush 43’s chief of staff, whispering into the president’s ear on 9/11 that “the nation is under attack.” Or President Obama’s chief of staff, William Daley, standing by while the national security team was watching in real time as SEALs killed Osama bin Laden. 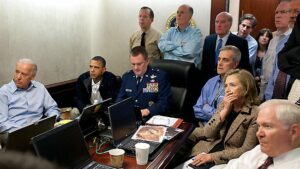 Mick Mulvaney needed to be there. At the beginning. He needed to know the details from the inception of the daring mission. He learned about it when the rest of the world saw Trump’s Twitter message about “something really big” occurring.

The White House chief of staff by definition is the individual who is among those who “need to know” the details of everything that is going on in the White House.

Donald Trump has turned his moment of supreme triumph into yet another example of chaos and confusion.