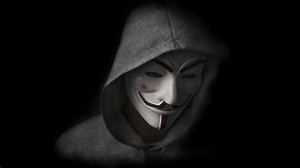 I am likely far from the only American who is concerned about the individual known only as “Anonymous” who is about to tell us about working within the Trump administration.

Why the concern? It centers on our lack of knowledge of this person’s identity.

“Anonymous” is the individual who published that op-ed essay in the New York Times in which he or she admitted to being part of “the resistance” that was fighting against Donald Trump’s impulses that endanger the nation and those of us who live here.

Now this person is publishing a book. We still don’t know the author’s name, or the person’s standing within the White House, what he or she did or the duties he or she performed.

Back in the old days when I was editing opinion pages in Amarillo and Beaumont in Texas as well as in Oregon, I operated on a simple rule regarding anonymous submissions to the newspaper: I didn’t accept them … generally. The only circumstance might have been if the author’s life would be put in jeopardy if the public knew his or her name. During my career, I never published an anonymous letter or column in any of the pages I edited.

My standard was fairly straightforward: Readers of the publication deserved to be able to measure the words they read against those who wrote them; readers deserved to know whether the writer had an axe to grind.

That’s the case here with this book published by “Anonymous.” The NY Times editors know the author’s name, but have kept it secret. That is their prerogative. I happen to disagree with their decision.

On that score, I am — more or less — in the president’s corner. This author reportedly is going to spill a whole lot of beans about life inside the White House during the Trump years. Donald Trump won’t like what this individual has to say, or so we are being told.

Americans deserve to know who this individual is and why he or she feels compelled to speak so candidly.