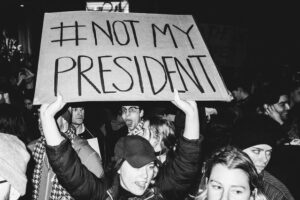 House Democrats “can’t impeach” a president who presides over the “best economy in history,” or someone who has managed to “restore and rebuild our military that had been depleted,” or is “making America great again.”

Actually, the House of Representatives can impeach a successful president. The House did that very thing in 1998 when it impeached President Clinton for far less than what is on the table today. Clinton lied to a grand jury about a sexual relationship he had with a White House intern. That was all House Republicans needed to hear. They impeached the president, who then stood trial in the Senate, which acquitted him.

What were the presidential atmospherics at the time? Oh, let’s see: The president, working with a GOP-controlled Congress, managed to cobble together a balanced federal budget; private-sector payrolls were exploding; we were at peace, relatively speaking.

The House still impeached the president.

You see, the president’s job performance has not a damn thing to do with whether he deserves to be impeached.

I am more than willing to accept that Donald Trump has presided over a successful economic condition. However, the House is considering whether to impeach him over improper contacts he has had with foreign governments and whether he sought foreign help in his re-election effort and whether he has asked foreign governments for dirt he can toss on the campaign of a potential presidential foe, former Vice President Joe Biden.

I won’t argue whether the current economic prosperity is facing any risk of imploding. As I said, the economy is not the issue. Nor is world peace. Nor are any of the issues on which a president can claim credit.

Impeachment is a narrowly focused political exercise. Its aim is to determine whether a president has committed a “high crime and misdemeanor” while serving in the nation’s highest office. There appears to be ample evidence of the commission of such a transgression.

None of this will result in Donald Trump changing his tune. He’ll keep blathering about what a great job he has done, apparently thinking that enough Americans will buy into it and suggest that all that happy talk means it’s all right for a president to solicit foreign interference in our electoral process.

Actually, it isn’t all right. It is an offense worthy of impeachment, conviction and removal from office.