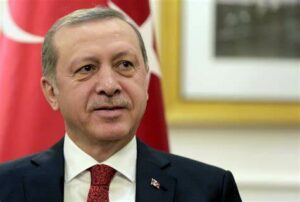 So, just how much danger can the president of the United States put this country?

Consider how he concluded that it is time for the country to pull out of Syria and effectively abandon the Kurds, with whom our troops have been battling the Islamic State.

Donald Trump says otherwise, but he announced his decision to leave Syria without consulting the Joint Chiefs of Staff, the Pentagon, the CIA, the director of national intelligence. He acted on a phone call with Turkish strongman/tyrant President Recep Erdogan (pictured), who hates the Kurds and who well might move to obliterate our allies in the region.

Trump’s impulse was to pull out. It was to abandon our allies. He says he is keeping a “campaign promise” he made during the 2016 campaign. That is pure crap! He is not more interested in keeping that promise than he is in forcing Mexico to build The Wall, or to cutting the budget deficit.

At one level, I don’t necessarily oppose the decision to pull our troops out of harm’s way. Except that our nation already has committed to assisting the Kurds, who have done the bulk of the fighting — and suffered the bulk of the deaths — against ISIS.

How does the president plan to execute this strategy? Will he change his mind once again?

Our foreign policy lacks coherence. It is fueled by chaos and confusion, all of which comes from the Twitter account run by the president of the United States.

Do you feel safer now? Neither do I.