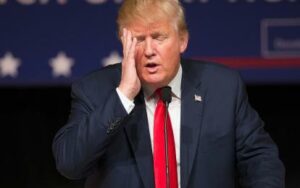 I am left with a simple response to U.S. House Intelligence Committee Chairman Adam Schiff’s assertion that an impeachment of Donald Trump could result in his acquittal.

I think Chairman Schiff is on the right side of this dispute with the president. I want him removed from office as much as Schiff does. Maybe more so.

However, the prospect of a Senate acquittal is precisely the deterrent that prevents House Speaker Nancy Pelosi from charging full speed toward impeachment proceedings against Donald Trump.

A Senate conviction requires 67 votes among senators. The GOP occupies 53 out of 100 Senate seats. Do the math. Do you believe there’s a hope — at this moment, at least — of getting any Senate Republicans to convict the president?

That circles me back to Schiff’s comment on “Meet the Press.”

An acquittal could strengthen Donald Trump’s political hand. Pelosi is an astute politician who knows the stakes involved in handing Trump a political victory. She can blather all she wants about doing her “constitutional duty,” but she also is weighing the political component. For the House to impeach this president and then hand this matter over to another legislative body that adheres to a form of slovenly fealty to the president would be disastrous.

Congressional Republicans do not care about the mountain of evidence that tells them Donald Trump has obstructed justice multiple times during special counsel Robert Mueller’s quest for the truth behind the Russian hacking of our election in 2016.

It boils down to that undeniable fact of political life.