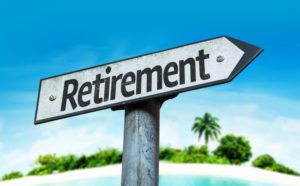 This ain’t exactly a flash, but I’ll offer this note nonetheless.

Retirement has proven to be everything it is cracked up to be — and then some!

I say this as someone who for 37 or so years relished my craft as few others have done. It’s not that I was a brilliant print journalist; I didn’t win a lot of prizes or receive tons of professional acclaim. I did enjoy modest success and I am proud of whatever contributions I was able to make in pursuit of the career I chose.

To that end, I half-expected to suffer some form of separation anxiety from work when my career ended in late August 2012. It wasn’t an entirely unexpected end, but it came a bit earlier than my wife and I had anticipated.

Still, when it happened I went on down the proverbial road and have looked back with decreasing frequency as time has marched on.

Why tell you the obvious? Why say it here?

It’s just that I keep hearing news reports about the state of print media and how vastly different a form it is taking than what I encountered when I walked into my first newsroom in the early 1970s.

A friend told me recently that the last newspaper on my journey through print journalism is suffering plummeting circulation numbers. The Amarillo Globe-News is printing about 20 percent of the total daily copies it was printing when I joined the staff in early 1995. For dinosaurs such as me, that is, um, hard to swallow.

However, I no longer have to worry about my professional future. I am done working for a living. I am free of the hassles, the deadlines, the whims and preferences of my bosses (except, of course, for my wife). I still write, but I write for myself. I can say whatever I feel like saying, within reason, quite obviously.

I don’t know when this event might occur, but if the opportunity ever presents itself, I might decide — if our paths ever cross — to thank the fellow who reorganized me out of a job in 2012. He spared me the misery he and his corporate partners inflicted on so many of the colleagues I left behind.

I know it’s a form of damnation with faint praise. However, it is sincere. Retirement has made me a happier man.