Mary Lou Robinson once was hailed as the role model for judicial excellence during her time as the presiding judge of the Northern District of Texas.

Judge Robinson — who was appointed to the newly created judgeship in 1980 by President Carter — died earlier this year, giving Donald Trump a chance to fill her spot on the federal bench with his own pick. Who does he choose? A fellow named Matthew Kacsmaryk, who has elicited alarm among LGBT activists and other civil libertarians because of his decidedly anti-gay track record while working for right-wing think tanks and assorted political organizations. 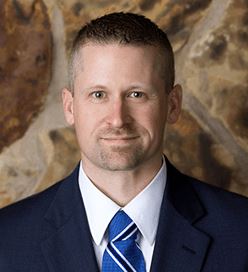 The U.S. Senate has confirmed Kacsmaryk to the post in a virtually partisan vote; one Republican senator, Susan Collins of Maine, broke party ranks to join Senate Democrats in opposing Kacsmaryk.

Well, I guess I shouldn’t be surprised at the lowering of judicial standards in one of our nation’s courts.

Kacsmaryk’s writings and advocacy against gay rights and his comments about transgender children are cause for alarm. Indeed, one did not hear a hint of that kind of judicial philosophy about the woman he is succeeding in that court.

According to NBC News: Mara Keisling, executive director of the National Center for Transgender Equality, slammed the appointment.

“Transgender youth and their families are facing a crisis in this country, and they cannot afford an unqualified and clearly biased nominee like Matthew Kacsmaryk,” Keisling said in a statement shared with NBC News. “Our country needs fair-minded judges free of irrational prejudices against marginalized people.”

I interviewed many state and county judicial candidates during my years in the Texas Panhandle and almost all of them would cite the late Judge Robinson as their role model for judicial temperament, knowledge of the law and fairness from the bench.

Will the new judge elicit that kind of praise? Hah!