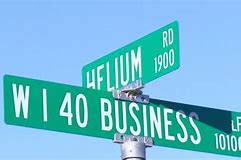 Eventually, Helium Road is going to become a very important thoroughfare for the region, just as Soncy Road was supposed to be when it was built so many years ago.

The Texas Department of Transportation recently had one of those ceremonial groundbreaking events signifying the eventual start of construction along Helium Road. TxDOT is going to turn Helium into a newly relocated Loop 335, which circles Amarillo.

Loop 335’s western section now runs along Soncy Road. It has been a serious puzzle to me for years. When TxDOT built Soncy, it did not create a thoroughfare that allows motorists to use the loop as it should have been used: as a way to bypass city traffic.

Soncy Road has become, well, just another busy street. Starting at Interstate 40 and heading south, traffic often slows to a crawl with motorists pulling in and out of strip malls, business malls, a couple of major automobile dealerships, restaurants and a newly developed residential complex.

Loop 335 does not exist as a loop the way, for example, Loop 289 exists in Lubbock. Loop 289 is a raised highway that circles Lubbock; there is limited access on and off the loop. It functions as a bypass highway.

Loop 335 as it has been allowed to develop has turned into something quite different at least along that westernmost quadrant.

Well, Helium Road is about to be torn to pieces. TxDOT will extend the loop past Soncy and run it along Helium. There will be serious disruption along Helium. Indeed, there exists an RV park where my wife and I often stay when we return to Amarillo in our fifth wheel; the RV park sits right on Helium Road, just north of I-40.

So, I’ve got a bit of skin in that particular game.

I don’t know when the work will begin. Nor do I know how long it will take. I am quite certain that Amarillo motorists who have grown weary of the incessant interstate highway construction on I-40 and I-27 will be gnashing their teeth once the work starts on the “new” Loop 335.

My best advice? It’s not much but it’s the best I can do. 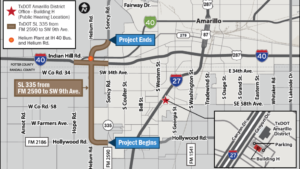