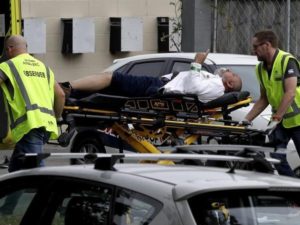 To be terrorized means that acts of blind hatred can strike anyone, anywhere and in any context.

Such horror has erupted again in what I consider to be a most terribly ironic location.

Gunmen believed to be white supremacists opened fire in two mosques, killing 49 Muslims, in — get ready for it! — Christchurch, New Zealand.

Forty-nine people are dead. Why? Because the people who killed them hate immigrants. They despise non-Christians. They took their vengeance out on people in their houses of worship. Three suspects — two men and a woman — are in custody.

What in the world does one make of this latest spasm of utterly senseless violence? I am shaking my head in mourning and grief this morning as I seek to make sense of something that makes no sense at all.

Expressions of sorrow are pouring into the country from around the world. Donald Trump extended his sympathy and support for New Zealand as it seeks answers to what its leaders call the worst such event in the nation’s history.

The president spoke for his country. Indeed, it is impossible to grasp fully the mayhem that has exploded in a country long believed to among the most peaceful places on Earth.

Terrorists and the acts they commit against unsuspecting victims are, by definition, cowards of the first order.

The world’s heart is broken today.