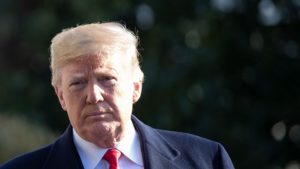 You’ve heard it said that “elections have consequences.”

Donald Trump’s election as president of the United States demonstrates it; he has appointed two justices to the U.S. Supreme Court, swinging the court balance to the right. Yes, the 2016 election has consequences.

So does the 2018 midterm congressional election. We saw the consequence of that election today. Democrats took control of the U.S. House of Representatives in the midterm election.

And today, the Democrats convened a hearing of the House Oversight and Reform Committee and received the testimony of Donald Trump’s former lawyer and fixer, who then proceeded to tell the world that the president might have broken the law. How? By writing a reimbursement check for what might have constituted an illegal campaign expenditure relating to the payment to an adult film actress who allegedly had a fling with the future president.

We would have heard none of this today had Republicans maintained control of the House in the midterm election. They didn’t. The Democrats took control. They have the chairman’s gavels now.

Let there be no doubt that elections have consequences.

At times those consequences can be profound. I believe we witnessed one of those profound events today.