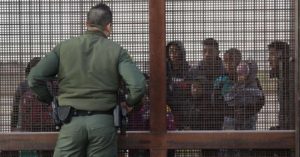 Donald Trump is far from the first governing executive to be “unhappy” with legislation that comes to his desk.

The president says he is displeased with the bipartisan deal that came out of Congress to enhance border security, keep the government running and allow all sides to get the heck off each other’s backs.

The deal provides about $1.4 billion to build portions of The Wall that Trump wants to erect along our southern border. It is far less than the $5.7 billion that Trump insisted on spending for The Wall.

It’s all about ‘border security’

The president wants ostensibly to tighten border security. His insistence on The Wall is what has stymied progress in unifying the White House with congressional Democrats on the issue. The president keeps insisting that Democrats actually favor “open borders” and by association embrace increases in crime committed by criminals who come into this country illegally.

That is pure nonsense. Demagoguery at among its worst. It is phony, bogus and ridiculous.

Trump has been contending in recent hours that we’re already building The Wall along our border. He even urged rally crowds to change their chants from “Build the wall!” to “Finish the wall!” Clever, yes?

Whatever. Trump’s unhappiness with the deal appears to rest solely on the money it doesn’t contain. Does it boost border security? I believe it does. It allocates money to erect more barriers, but also enables the deployment of more technology, more border personnel.

Isn’t that all aimed at the same thing, to make our country more secure? What in the name of national security is wrong with that?

I’ll say again, Mr. President: Sign off on the deal! Let’s move on to all those other issues that need our government’s attention.

Hey, I’ve got an idea: How about climate change? Or gun violence? Or our electoral integrity? How about all of them . . . and more?