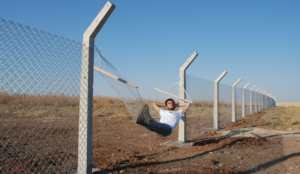 It’s also demagogic. It is fear-mongering. It is reprehensible.

Yet the president of the United States and his diminishing “base” of supporters keep harping on the lie that those who oppose building The Wall favor “open borders,” which implies a border with no security, no safeguards, no protection of U.S. citizens.

Donald Trump has relegated this discussion to a series of lies and innuendo. It’s old hat for the guy who campaigned for the presidency on a platform built on such lying. Yet he suckered enough voters in just the right states to score an Electoral College victory in 2016, to the surprise of virtually every political “expert” on Earth.

I will continue to harp on this demagoguery for as long as I am able. Trump must be called out for what he is doing. He is fomenting fear where none is deserved.

He’ll go on national TV Tuesday night and possibly tell us whether he’ll declare a phony “national emergency” because of non-existent “terrorists” who he says are “pouring” into the country. They are not. He knows it’s a lie, but none of it matters not one damn bit to the Liar in Chief.

The Wall is a pretext for keeping a ridiculous campaign promise. He said he would build this “big, beautiful wall” to stem illegal immigration. However, he also promised to make Mexico pay for it. Mexico says it won’t spend a nickel. The U.S. president cannot force a sovereign foreign government to do anything. Trump knows that, too — or at least he should know it.

Donald Trump has now resorted to declaring that those who oppose The Wall want “open borders.”

One thought on “Sen. King has it right: No one favors open borders”