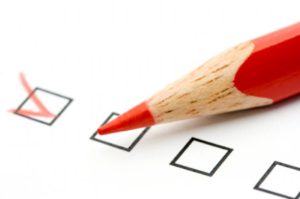 I have long understood and appreciated the consequences that elections bring to those in public service.

It’s an accepted part of the electoral process. If the individual you want doesn’t get elected to any office, you then must face the prospect of the other individual doing something with which you likely will disagree.

It happened certainly in 2016 with the election as president of Donald J. Trump. He won the Electoral College as prescribed by the Constitution, but more of us cast ballots for his major foe than for the winner. Still, we are paying the consequences of the previous presidential election.

Well, here we are. Two years later and the president finds himself facing his own consequential electoral result in the wake of the congressional midterm election. The House of Representatives, half of the legislative branch of government, is about to flip from Republican to Democratic control; the gavel-passing occurs on Jan. 3 when Nancy Pelosi ascends to the speakership. Committee chairs will get their respective gavels, too.

Get ready, therefore, for hearings. Get ready for lots of questions that House Republicans so far have been  unwilling to ask of the president of their own political party.

The president appears to be in trouble. His GOP “allies,” and I use that term guardedly, have been reticent in seeking the truth behind the many questions that swirl around the president. They aren’t “friends” with Trump as much as they are frightened by him. He has bullied them into remaining silent.

The president won’t be able to play that hand with Democrats who are in charge of the lower chamber of Congress. Thus, it remains increasingly problematic for the president to do something foolhardy, such as fire the special counsel who is examining those questions concerning the alleged “collusion” between the president’s campaign and Russian government agents who interfered in our electoral process.

Yes, indeed. Elections have serious consequences. We are likely to witness them play out in real time . . . very soon.