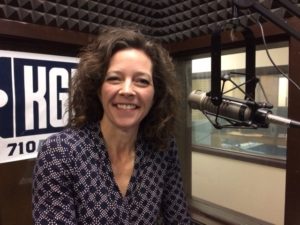 I might be climbing out on that proverbial limb. Then again, maybe I am not.

Amarillo Mayor Ginger Nelson has announced she is running for a second term. I wish I could vote for her. I cannot, because I no longer live in Amarillo, my city of residence for 23 years.

However, I can use my voice — as “heard” through this blog — to officially endorse her bid for re-election. So, I will.

Amarillo needs to return Mayor Nelson to the center chair on the five-member Amarillo City Council.

I am glad her “campaign announcement” on Wednesday turned out to be code for a re-election effort. The nebulous language contained in a campaign “announcement” could have meant something quite different.

Yes, the city’s momentum is taking it forward. Mayor Nelson inherited a post that has helped push the city forward. Her two predecessors, Paul Harpole and Debra McCartt, got the wagon moving. Nelson has done well in her first term as mayor to keep the wagon between the lanes and out of the ditch.

She ran in 2017 on a number of campaign promises. Chief among them, as is usually the case, is economic growth. The city’s growth has been tangible, visible and is demonstrably beneficial.

Nelson wants a safe city. Her re-election campaign announcement speech included talk about her efforts to improve public safety. Police Chief Ed Drain has reinvigorated the city’s community policing program and for that he and the mayor and the council deserve high praise.

The city is working well. It’s being rebuilt from stem to stern. Downtown is in the midst of its major makeover. So are highways running through the city (thanks to the work being done by the Texas Department of Transportation). And of course we have the street repair.

The city is on the move. The mayor is a significant player in the city’s movement. It’s going in the right direction.