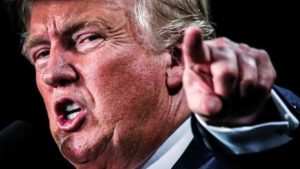 Chuck Todd, the moderator/host of “Meet the Press,” posed an interesting set of questions this week. Who would be happy had Donald Trump lost the 2016 presidential election?

He ticked off a series of folks who he said would have preferred a different electoral outcome:

Hillary Clinton? Would she be happy? Probably not.

With a strengthened GOP majority in the House and Senate, a President Clinton would face the prospect of — you guessed it! — congressional hearings and potential impeachment measures taken against her. If you thought Democrats are on a vendetta against the GOP president, you wouldn’t have seen anything had the GOP been able to hound a Democratic president.

But let’s take note quickly of the biggest group of Americans who would be happy had Trump lost. That would be the nearly 66 million Americans who cast their ballots for Hillary.

I was one of them. I, too, would be happy had Trump lost.