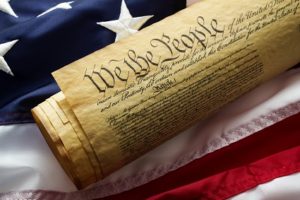 Jeff Sessions is gone. The Department of Justice has a new acting boss, a guy who happens to be a Donald Trump sycophant, someone who has been openly critical of an investigation into the 2016 Trump campaign’s alleged “collusion” with Russian agents.

So, what’s in store? Acting AG Matthew Whittaker could fire special counsel Robert Mueller. Donald Trump could order him to do so. What would a firing engender? It would, in my view and in the view of many observers much closer to the situation, ignite a constitutional crisis of the first order.

Trump pushed Sessions out the door because the former AG thought enough of the law to recuse himself from the Russia investigation. He did so because of his own involvement in the Trump campaign and his own relationship with Russians. He could not possibly investigate himself. The law and an appreciation of ethics and conflict of interests forced him to back away, forced him to hand the matter over to his No. 2 man at DOJ, Rod Rosenstein.

It was Rosenstein who hired Mueller to examine the complex matter.

Trump once asked “what kind of man?” would recuse himself from this probe. I can answer that one for you, Mr. President. That man would be someone who understands and appreciates ethical propriety. That’s why he recused himself.

Don’t misunderstand me on this point: I am not a fan overall of Jeff Sessions. On this matter, though, he did the right thing. He did the only thing he could do. Trump castigated Sessions for accepting a job and then recusing himself from a key part of that job. He never once questioned his own decision to appoint Sessions in the first place. Had he given any substantive thought to what might play out down the road upon his being elected president, he wouldn’t have appointed Sessions to become attorney general.

So now we’re facing the real prospect of a constitutional crisis if the acting AG — and his pal the president — commit the mother of foolish acts.

Robert Mueller needs to stay on the job. He needs to finish what he started. He needs to let this probe play out completely without interference from the president of the United States.