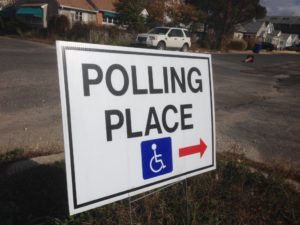 The deluge of TV ads and the torrent of mass mailings filling up my mailbox have convinced me: I am ready for this midterm campaign season to end.

U.S. Rep. Pete Sessions has “lost touch” with his constituents; his Democratic opponent Colin Allred is “all wrong” for the congressional district. Texas Attorney General Ken Paxton is under indictment and shouldn’t have his job as the state’s chief lawman; his foe, Justin Nelson, is “too liberal” for the state. GOP candidate Van Taylor is a “family man and a proud Marine” and should represent the Third Congressional District. Lt. Gov. Dan Patrick says “liberals want to turn Texas into California.” Beto O’Rourke blasts Ted Cruz’s absenteeism from the U.S. Senate; Cruz says O’Rourke favors “open borders” and we have “too much border security.”

I want to scream! Enough, man!

Wow! I don’t recall undergoing this deluge, this amazing volume of political advertising during my more than three decades in Texas. Not in Beaumont. Not in Amarillo. In Fairview? It never ends.

It’s the repetitive nature of it that I find annoying. It reminds of why I detest hearing the same musical commercial jingles all the time. After hearing the same silly songs over and over, I want to throw something at the TV.

Election Day is just around the corner. With apologies to my late mother — who often counseled me against wishing my life away — Election Day cannot get here soon enough.

2 thoughts on “Ready for the end of this campaign season”