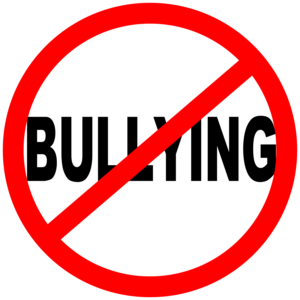 Nice going, Mme. First Lady. You have a perfectly noble and legitimate cause upon which to base your first ladyhood and then  you trample all over it with a weird assertion about how you are among the “most bullied” people on Earth.

I could not believe my eyes and ears when I heard about this from Melania Trump.

She isn’t among the most bullied people on Earth.

I feel confident in making that counter claim. Mrs. Trump  married a man who would become president no doubt knowing full well what she was getting in the bargain. Indeed, Donald J. Trump has dished out all sorts of bullying insults on his way to the presidency and, of course, since he became the Bully-er in Chief.

The message that Mrs. Trump wants to send forth is designed to call attention to how social media have become a bullying instrument used against children. That is a noble cause and I applaud that effort.

However, for her then to internalize and personalize it in this manner by suggesting that she is among the world’s top victims of this (mis)behavior detracts from the seriousness of a totally serious cause.

I am amazed she would say such a thing.