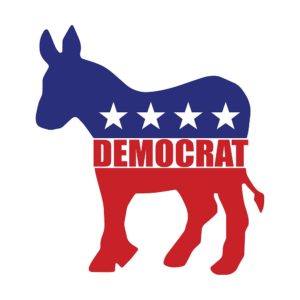 Donald J. Trump flew off the rails on one of those impromptu campaign-rally riffs in West Virginia … and proceeded to acknowledge what many of us have known all along.

Republicans like referring to their political foes as members of the “Democrat Party,” even though the party to which they refer is the Democratic Party.

Trump said he likes using the term “Democrat” as an adjective because it grates on Democrats and because their party — according to Trump and other Republicans — isn’t too democratic these days.

It’s an idiotic and feeble attempt to stick it in the eye of those who oppose GOP doctrine and the rants of the Republican (In Name Only) in chief, Donald Trump.

And that brings me to what’s so damn funny about Trump’s association with the once-great Republican Party. He’s the classic RINO, the very personification of the term that hard-core Republicans used to describe the more moderate members of their political party.

Trump had zero political grounding prior to announcing his candidacy for the presidency. He wasn’t involved in partisan politics. His entire adult life was dedicated to one thing only: Trump’s personal enrichment.

So now that he has hijacked the Republican Party, he claims to be a political purist, the standard-bearer of a party that once stood for inclusion and that once joined hands with a Democratic president — Lyndon Baines Johnson — in advancing the cause of civil rights and voting rights for African-Americans.

Listening to Trump proclaim his desire to refer to those on the other side of the aisle as belonging to the “Democrat Party” tells me only one thing: He is pandering to that shrinking, but still vocal, political base that hangs on this carnival barker’s every word.

One thought on “Trump admits to preferring ‘Democrat Party’ epithet”