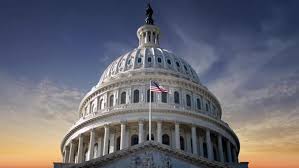 Let’s try to wrap our minds around this scenario, if we dare.

Vladimir Putin appears to have been invited to visit the Donald Trump this fall at the White House. The president has sent the invitation in the wake of that hideous press conference in Helsinki, an event that has prompted bipartisan condemnation over the president’s failure to stand up to Putin’s attempt to interfere with our 2016 presidential election.

One of the customs of these state visits is to have the visiting “dignitary” speak to a joint session of Congress.

Do you suppose it is possible that Trump — along with House Speaker Paul Ryan, who extends the invitation — would have the gall to invite Vladimir Putin to darken the door of the Capitol Building?

Putin sought to influence the outcome of the 2016 election. He launched an attack on our democratic process.

Do you think the president has any hint, any glimmer of understanding of what that entails? Do you believe he understands the hideous irony of having his pal Putin speak to the nation from that chamber?

I don’t know this as fact, but my strong hunch is that Trump hasn’t a clue. He has no idea of how such an insult would play to many of us out here in the country he was elected to lead.

Vladimir Putin is a killer. He is a trained spook. He once described the fall of the Soviet Union as one of the darkest episodes of his life. He is an enemy of the United States. He wants to undermine our system of government. He wants to tear apart our alliances.

If this thug is allowed to stand at the podium in the House of Representatives, he will leave an indelible stench in the halls of the very government he has attacked.