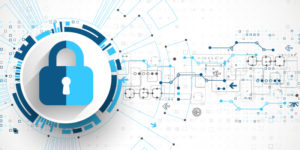 The nation’s leading intelligence agency heads all sat in a row in front of a congressional committee.

Then they all said the same thing: Russia interfered in our 2016 presidential election and they intend to do the same thing during our 2018 midterm election.

Except that the men’s boss, the president of the United States, isn’t buying it. Donald John Trump continues to insist that it’s not yet proven that Russia meddled. The president, moreover, says that Vladimir Putin, the Russian president, told him he had no hand in the meddling. Trump apparently has bought into Putin’s denial … as if the Russian strongman is going to say a single thing different.

The Hill reports: “There should be no doubt that Russia perceived its past efforts as successful and views the 2018 midterm elections as a potential target for Russian influence operations,” Director of National Intelligence Dan Coats said during his opening remarks at a Senate Intelligence Committee hearing.

He also warned lawmakers that Moscow is “likely to pursue even more aggressive cyberattacks” against future elections in an effort to undermine U.S. democracy.

I don’t need to remind anyone — but I guess I will anyhow — that Coats is no squishy Democratic liberal. He’s a former Republican senator from Indiana, whom Trump appointed to lead the national intelligence team.

I think I’ll accept Coats’ version of what he and the others — including the director of the FBI and the CIA — are saying about Russia’s acknowledged effort to subvert the U.S. electoral process.

If only the president himself would admit the obvious.