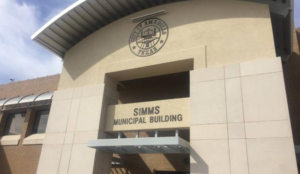 Amarillo city officials are considering some ordinances related to building and street renaming.

There’s been a bit of controversy about that in recent times, with Amarillo public school officials considering whether to rename an elementary school that currently is named after Confederate Gen. Robert E. Lee, whose participation in the Civil War has come under scrutiny of late.

Hey, I have one recommendation for Amarillo City Hall: Whatever you decide, be sure to avoid naming a building or street after a living individual.

The city named its administration building in 2014 after the late City Commissioner Jim Simms; it named its international airport after Rick Husband, the astronaut who died aboard the shuttle Columbia in 2003; Amarillo has named part of a street after Justin Scherlen, a police officer who died in the line of duty.

Cities that name structures or streets after living individuals run the risk of being embarrassed by the “honored” individual. The most prominent example that comes to my mind involves Pete Rose, the former Cincinnati Reds baseball great who got a street named in his honor in Cincy; then Rose got ensnared in a gambling scandal that resulted in his being banned for life from induction in the Major League Baseball Hall of Fame. The city took Rose’s name off the street.

So, go ahead, City Hall, with considering this ordinance. I have no problem with the city having a policy for this process — as long as it involves individuals who have left this world.